Everything You Need To Know About The Ostend Film Festival

Everything You Need To Know About The Ostend Film Festival

The Ostend Film Festival on one the largest film festival in Belgium and is an annual highlight for the Flemish film profession. This unique programme runs for ten days and the city will transform into a vibrant festival where international and national film and television professionals come together to an audience of over 46,000, mixed with cinema lovers, locals and tourists. The festival started back in 2007, and is extremely audience friendly, inclusive and welcoming to everyone. Combining an extensive range of Flemish film and television, there has been important and famous stars on the Ostend Walk of Dame seafront which includes Rupert Everett, Bille August, Pierce Brosnan, Adrien Brody, Moran Atias, Steven Knight to name a few.

Read more to know what to expect at this year’s Ostend Film Festival 2023.

When is the Ostend Film Festival Starting?

This year’s festival will take place January 27th until February 4th 2023, taking place across the three festival locations, Kinepolis Oostende, Kursaal Oostende and De Grote Post. This will be the festival’s fifteenth edition and this is the first time the event will take place on a January. Festival director Peter Craeymeersch, has named January “ a real film month” due to the greatly increasing range of films on offer.

Where can you buy Tickets?

Tickets for the Ostend Film Festival are available online or from three sales outlets, Box Office Toerisme Oostende, Box Office Kinepolis Ostend and UiTloket Ostend, City Hall. The prices vary from hours and ages, between 6pm – 9pm: €11, the reduction rate between 6pm- 9pm is €9 and short and children films are €6.

At the Ostend Film Festival you will you get to see over seventy previews, more than hundred showing, the opening film will be film ‘The Chapel’ by Dominique Deruddere which is about about the twenty-three-year-old virtuoso pianist named Jennifer Rogiers who has lived most of her life with a terrible secret. You will also get to watch works such as ‘Aller/Retour’ by Dorothée van den Berghe, ‘Baghdad Messi’ by Sahim Omar Kalifa and ‘LUKA’ by Jessica Woodworth. The four Belgian films will premiere at the festival and the cast of crew of each of these works will also be present. Other premieres at the festival include the Dutch thriller ‘Faithfully Yours’ and the documentaries ‘Argwaan’ and ‘Marieke – Addicted to Life’ about Paralympian Marieke Vervoort. The Ostend Film Festival will unveil new works by Darren Aronofsky, Steven Spielberg and other famous Oscar entries. Master Natali Broods made a selection around the theme ‘Family Dynamics’, which is about “families that have it good, but where something happens that comes to disrupt that,” she said. The film festival traditionally concludes on the 4th of February with the Ensors’ Gala. Presenters Kawtar Ehlaloush and Erhan Demirci will announce that evening which fiction, documentary and animation will be awarded an Ensor.

Leopold Hotel Ostend is in an ideal location no matter why you’re visiting the city. We are a short walk from the centre of the city, the seafront and pier and of course, the Mercator. Book your stay in Leopold Hotel Ostend using our official website for exclusive access to our best available rates. We have special offers and discounts you won’t find anywhere else. We are looking forward to welcoming you to Leopold Hotel Ostend. Our Ostend hotel is ideal for solo travellers, couples, groups and families offering comfortable, great value accommodation a short distance from the beach. Our best available rates and special offers are exclusively available on our website. 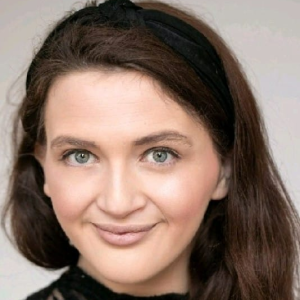 Our blogs are written by our Senior Digital Marketing Executive Niamh, based in our Head Office in Dublin. Niamh’s interests include blogging, photography, and traveling, especially around Europe. On Niamh’s days off you will often find her at the airport as she sets off on yet again another trip, exploring what Europe has to offer. Through Niamh's blogs expect to find the best of this beautiful country so you can get the best out of your visit.

When you are visiting Ostend there are many famous and fun things to do and to visit. But we would like to share with you …

Why Kids Love Our Hotel

Do you want to spend an exciting, fun vacation with your kids in Ostend? There are so many year-round activities to keep you and the …

5 Inspirational Tips for your Romantic Getaway in Ostend

With the excitement of Christmas and the New Year celebrations long behind us, we’re excited to welcome Springtime and the most romantic month of the …

We have been granted a Bronze rating from the independent global rating system for accessibility, Mobility Mojo.

We provide an extra level of security for our solo female guests and important little extras to help you feel completely secure and relaxed.

Enter your email address below to get exclusive offers and updates from us.